Here's another fun card for spring that we made at my March Stamp Club using Sale-A-Bration (SAB)  and Spring catalog products. 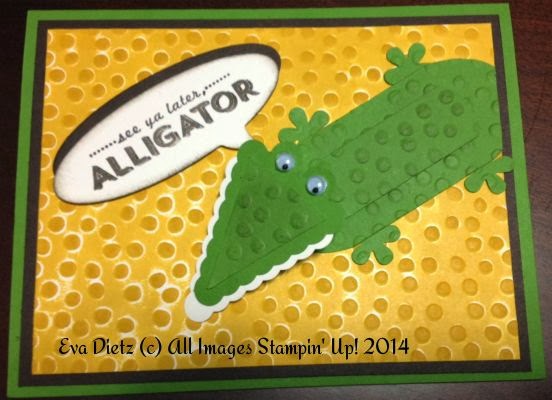 Color Scheme is Crushed Curry, Early Espresso, and Garden Green with Whisper White. Stamp Set - See You Later from the SAB brochure. Inside card is "Miss You Already" from the Just Sayin' set with matching Word Bubble Framelits from the Spring catalog.

The Alligator is fashioned out a variety of punches. Pennant Punch for the head and jaw. 1/4" circle punch for eyes . Googlie eyes were attached with glue dots. Body was made with the Extra Large Oval punch using the trick of only inserting half the strip of paper into one side of the punch for an elongated oval effect. The feet were a 5 petal mini flower punch (non SU). Body and Head pieces were embossed on the Big Shot with the SAB Decorative Dots embossing folder. The head is separate from the body using a little scrap of cardstock to make a "z" fold to raise the head up for a little movement. It's so fun!

Speech Bubble is Early Espresso Stampin' Write Marker hand colored on the See You Later stamp so only a portion is used, then cut out on the Big Shot with the Word Bubble Framelit and backed with Early Espresso cardstock cut with the same framelit for a fun shadow effect.

The background technique started as a piece of Whisper White cardstock, then Big Shot embossed with the SAB Decorative Dots folder. Next I took the Crushed Curry (new form) ink pad and dragged it across the dots for the desired dot darkness. Then I used the ink pad as a stamp and pressed it to front of the paper until the desired color was achieved. I think it looks like "faux" reptile skin!

Thanks for stopping by and See You Later! 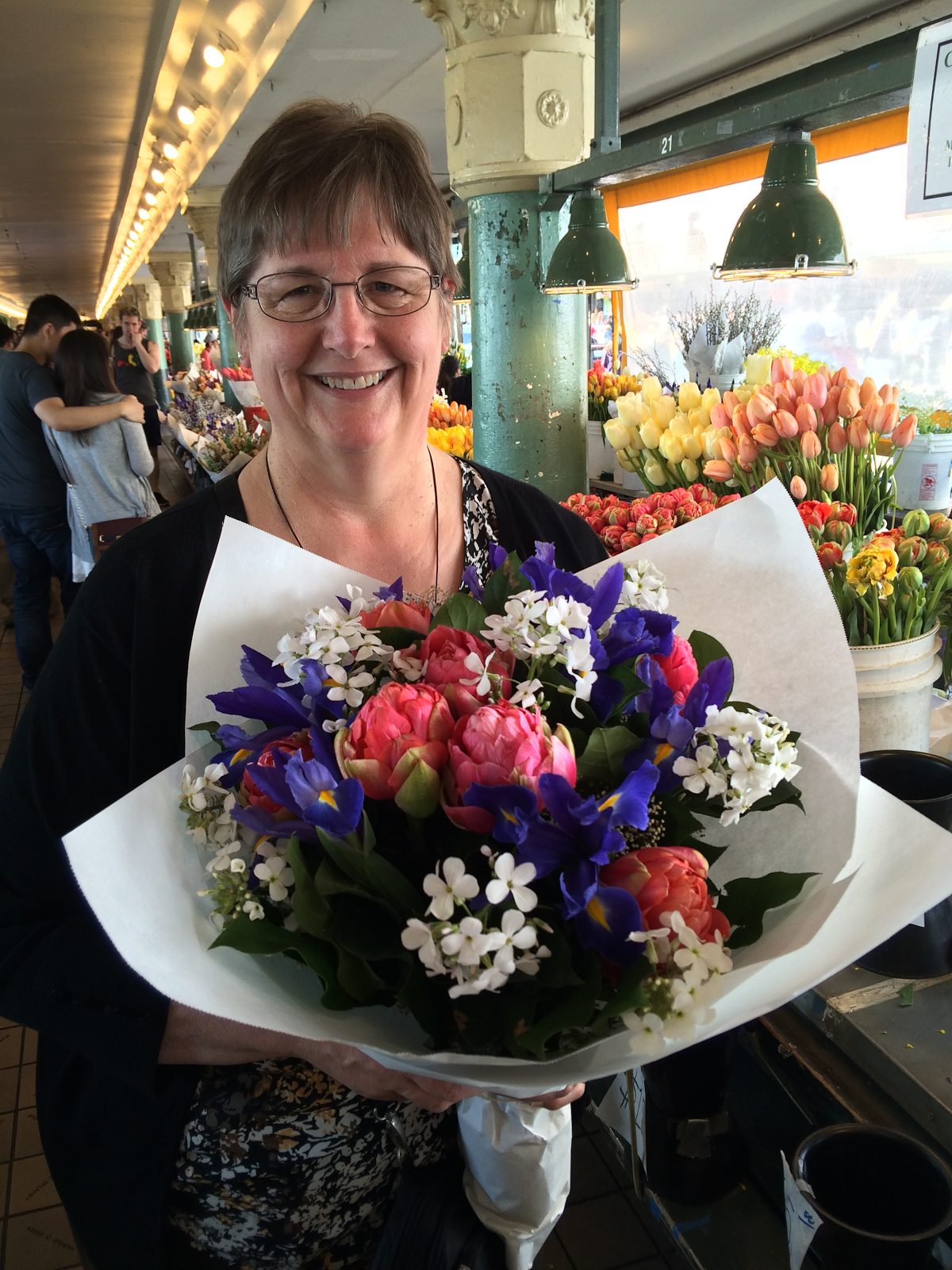